Home > About Us > Meet Our Members 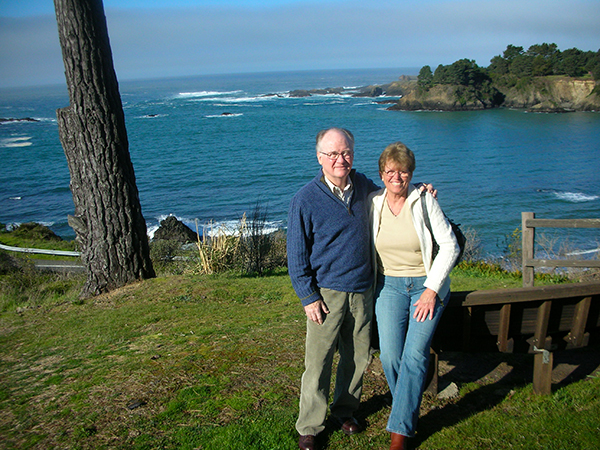 Graham and Karin have been at Trinity since they moved to Folsom twenty years ago. Graham, who became an Episcopalian as a child in West Virginia, and Karin, a native of Germany who was raised in the (Lutheran) Evangelische Kirche, met in Pakistan and married there in the Church of England parish in Lahore. Graham retired from the Air Force and the State of California. He and Karin like to spend their time gardening at their home in El Dorado Hills and going to the gym (ask them about water aerobics!). They like to travel along the California coast and through wine country, and to see their kids and grandkids in Alaska, Montana, and London, England. They also spend a significant amount of time volunteering at Trinity. Graham is currently serving on the vestry, is part of the website development team, and often reads the lessons and prayers at the 7:30 service. Karin serves on the altar guild and volunteers in the Thrift Shop. Both Graham and Karin helped remodel the Thrift Shop several years ago, and they also serve as hosts for the 7:30 coffee hour on Sunday mornings.

Graham and Karin came to Trinity because it was one of the Episcopal churches closest to their home, and they liked the historic building and setting. But what keeps them here is the community of the folks at the 7:30 service, and the relationships with people throughout the parish that they’ve built from being active in ministries here. They also cherish the traditional Prayer Book liturgy and style at Trinity. But liking tradition doesn’t mean they want everything to stay the same. Graham likes ‘the way the Church is changing…[becoming] more inclusive of all people.” They hope that Trinity will continue to discover ways that we can do more in the community to help people who need it, and to welcome all people who are looking for God. 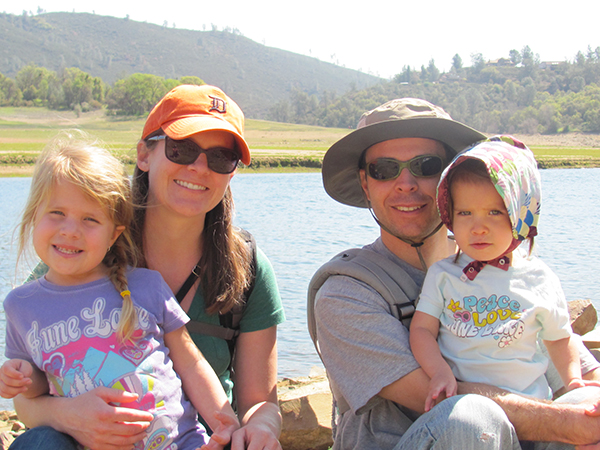 Jared and Michelle started looking for a church soon after they moved to Folsom in 2007. Jared, who is from an Armenian Orthodox family but was raised as a Lutheran in Bakersfield, and Michelle, raised a Roman Catholic on the North Coast, were open to trying different types of churches until they found something that was comfortable for both of them and their growing family, which now includes daughters Ellery and Camille, and another baby due this year. But in 2008, they noticed that most of the churches they were visiting were strong supporters of Proposition 8, and they started looking for a church with an alternative viewpoint. An op-ed opposing Proposition 8 by the dean of Trinity (Episcopal) Cathedral in Sacramento introduced them to The Episcopal Church, and they started attending church there. Eventually, wanting to go somewhere closer to home, they decided to try the little Episcopal church in Folsom, and quickly became involved in the community here at Trinity Folsom, particularly through their interactions with the clergy and with other young adults in the parish.

Since then, Jared has served on the vestry and the rector search committee, and Michelle has joined altar guild, and is one of several parishioners who provide and arrange our altar flowers for Sundays. Though you’ll normally find them at the 9am service, Jared also serves as part of the task force that designed the contemplative 7pm service and on many Sundays comes back to church in the evening to meditate and pray. Jared and Michelle love that at Trinity, they have the “best of both worlds,” the traditional ritual worship they grew up with and love, and a community and theology that is open to more progressive viewpoints. They’re proud to be part of a religious community that presents an alternative to some of the louder and more common voices in the religious landscape. It is the warm welcome they received when they first came to Trinity, the nourishing sermons and worship, and the fun and the love that this community shares with them and their children, that continue to provide their family with a wonderful way to grow together spiritually. 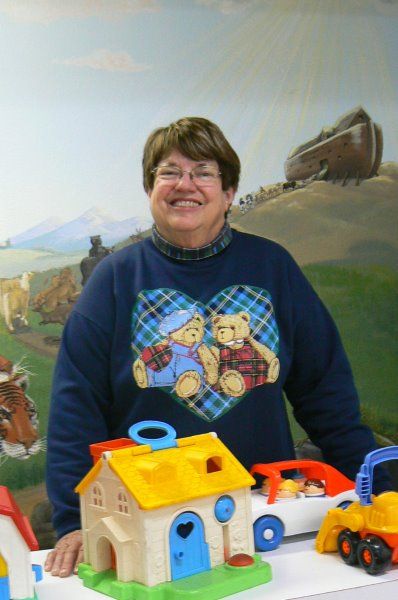 Alice has been a member at Trinity since she was in high school, when her family moved to Fair Oaks in 1957. It was just a few years after the small group of Episcopalians in the vicinity of Folsom organized themselves after a period of dormancy and asked the diocese to send them a priest. Alice’s parents were members here until their deaths, and Alice was married here, and baptized and raised her three sons here. A preschool teacher for 30 years, Alice is in charge of our nursery on Sunday mornings. She also serves as a reader and chalicist at the 11am service, counts the offering after church, and frequently hosts coffee hour. Alice is pretty busy most other days of the week, too; she serves on our vestry and on the altar guild, as our wedding coordinator, volunteers at our Thrift Shop and at the Twin Lakes Food Bank here in Folsom, and collects recycling for Wind Youth Services, an organization in Sacramento that provides support and services to homeless teens and at-risk youth.

Alice, who was born and raised an Episcopalian in the Bay area, deeply loves the tradition and liturgy of The Episcopal Church, especially the sacramental nature of our theology and worship. Obviously, after so many years here, the community of friends she has here at Trinity is also very important to her, and one of the reasons her connection to Trinity is so strong. Trinity is home for Alice, a home where she “feels peaceful and close to God” when she walks in, a home where she is spiritually and emotionally nourished. Trinity is “not a place where you have to be afraid of God, it’s a place where we learn that God is loving.” And for Alice, returning and sharing that love is very important. Her favorite part about all the charitable work she does is the interaction she has with people, her fellow volunteers and the people they are helping; “I love listening to them,” she says.

Drop-in visits are welcome - For after-hours appointments contact Father Todd 916-985-2495, or by emailing.

About Us
Worship
Learn
Serve
Fellowship